The set-up statement and reminder phrase

In Classical EFT Set-up by saying ‘Even though…… (followed by the problem, e.g. I feel anxious about the interview)….. I deeply love and accept myself/I choose to love and support myself/I choose to be on my side (etc, something self-affirming), whilst tapping on the side of the hand (karate chop point).

Use the reminder phrase, e.g. ‘anxious about the interview’ whilst tapping on each of the following eight points approximately seven times. It usually helps to tap on the same side of the body as the hand you are using (apart from under the arm point, which switches over to the other side of the body). 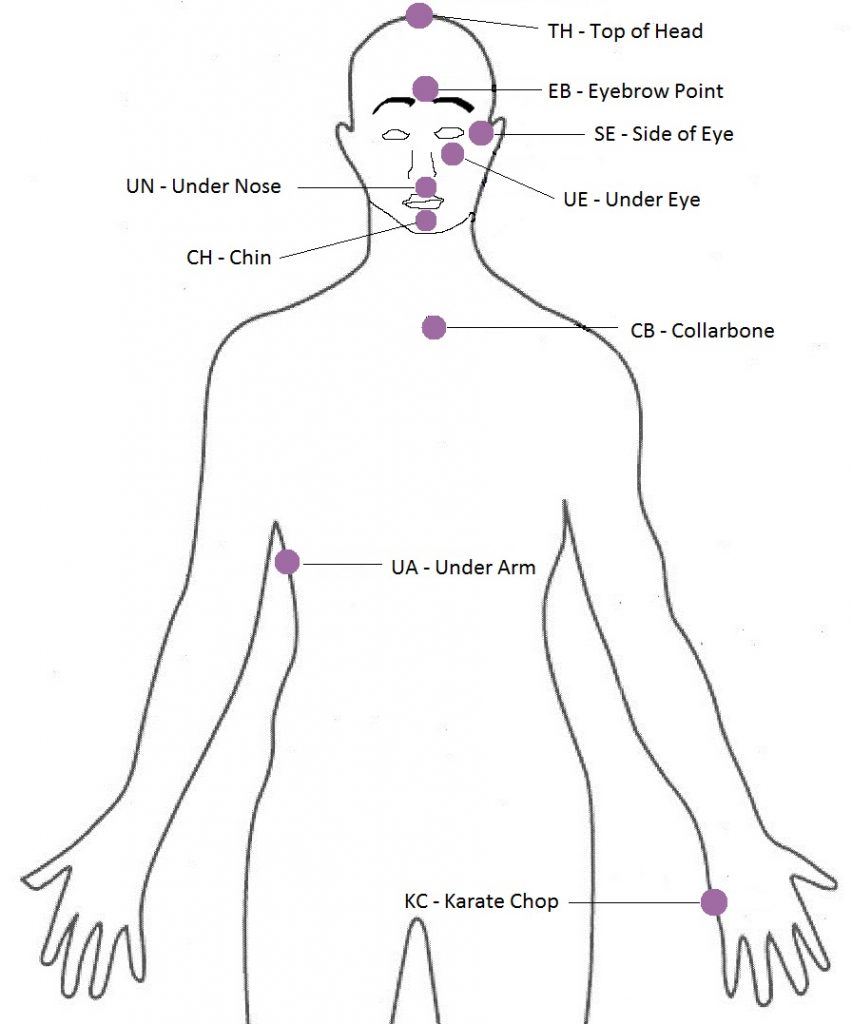 EB = The eye brow point, at the start of the eyebrow

SE = Side of the eye

UE = Under the eye

UN = Under the nose

CH = Chin, the indentation where the chin meets the softer part of your face leading to the lower lip.

UA = Under the arm, for a woman where the bra strap is and for a man about in line with the nipple.

TH = Top of the head (can use all the fingers for this, tap around the crown).

After finishing on the top of the head point you can begin again at the eye brow point (as opposed to the karate chop point, or side of the hand) and tap through the points again.

You can do just one or two ‘rounds’, or for better effect, several rounds. Stop and see. You can also rate the issue you are tapping for before and after tapping, and see if the rating alters. Note down any ‘aspects’ or insights that come up for you from the tapping.

You can find out more here and in our Privacy Statement or switch them off in settings.

This website uses cookies so that we can provide you with the best user experience possible. Cookie information is stored in your browser and performs functions such as recognising you when you return to our website and helping our team to understand which sections of the website you find most interesting and useful.

Strictly Necessary Cookie should be enabled at all times so that we can save your preferences for cookie settings.

If you disable this cookie, we will not be able to save your preferences. This means that every time you visit this website you will need to enable or disable cookies again.